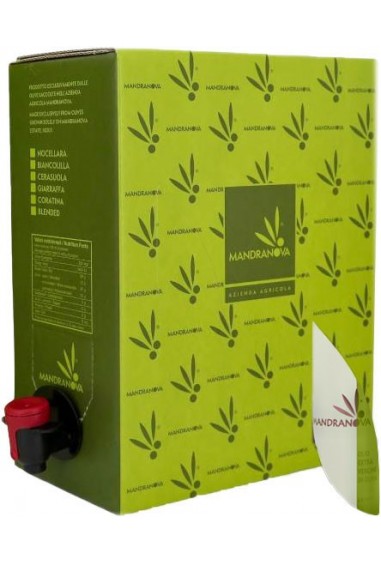 This oil, which is the result of a production that starts from harvesting and processing, fully expresses the colors of its land thanks to the balsamic charge of basil, lettuce and broad beans that permeate the air and identify the evocative landscape of origin.
And this is how during the tasting act an intense and decisive smell is distinguished, reminiscent of the fresh note of mint, the acumen of parsley and the sweetness of basil, which are subsequently accompanied by other more mature aromas such as tomato, apple and banana; while the taste is called to take their place tips of lettuce, broad beans and celery in a precise order, but in a harmonious way.
The color of Nocellara oil is intense golden yellow with greenish hues, but it is always clear.
The storage of Nocellara extra virgin olive oil must take place in a dry and cool place, promptly sheltered from light, from possible sources of heat and from bad smells. After it has been opened, the possibility of it taking in any more air must be minimized. For these reasons it should preferably be consumed within 18 months of its first opening.
As for the methods of use, Nocellara extra virgin olive oil can be consumed raw, because you let yourself be pervaded by its robustness, but it also guarantees a seal during cooking.
Due to the quality and the important presence of Nocellara extra virgin olive oil, it is ideal on swordfish carpaccio or octopus salads; it can also be used for the preparation of first courses such as lentil soups, risotto with porcini mushrooms, or on side dishes such as baked radicchio and gratinated tomatoes. Its intense flavor can also be placed well on tuna-based main courses, with red meats or pork and with aged cheeses, in order to enhance the flavor.

Be the first to write your review !

Tap to zoom
You need to login or create account